Your longship captain on the cloudy seas

Today is Pi Day! Ok. It only works in US date format, but still. Pi is so awesome that it should be celebrated around the world, regardless of date format.

And what better way to celebrate than some Wavefront geekness? Let’s dive right into it. 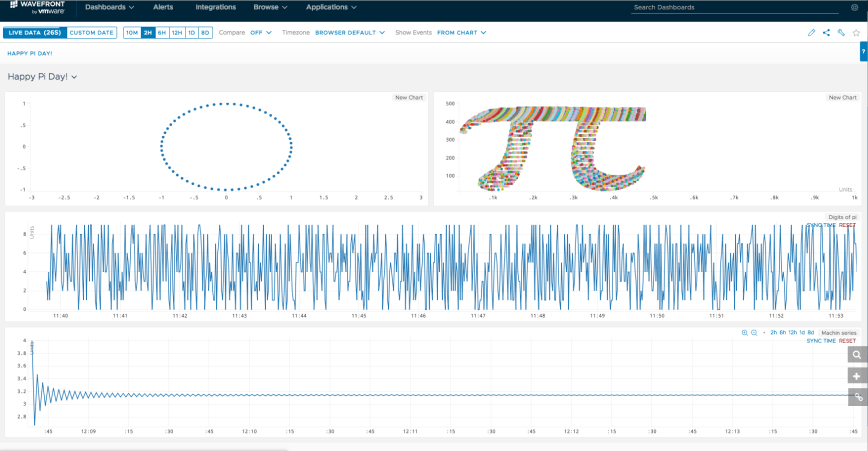 Ah, what a beauty! So first of all, we honor the mother of Pi: The circle. Of course, I could have written a script that fed the results of z = eit into Wavefront, but there’s an easier way. Thanks to the math functions in Wavefront, all I have to do is this:

All we have to do is to use the time parameter of the chart as our input and so some scaling. The rest is just the equation of the circle in its parametric form.

The next idea I had was to use a scatter plot to render a nice pi symbol. I wrote a small Go program that reads a JPG, scans it for black areas and sends the points where it found black. Then I put it on a Scatter Plot. OK, it took some tweaking, but it works. Here’s the code TODO. 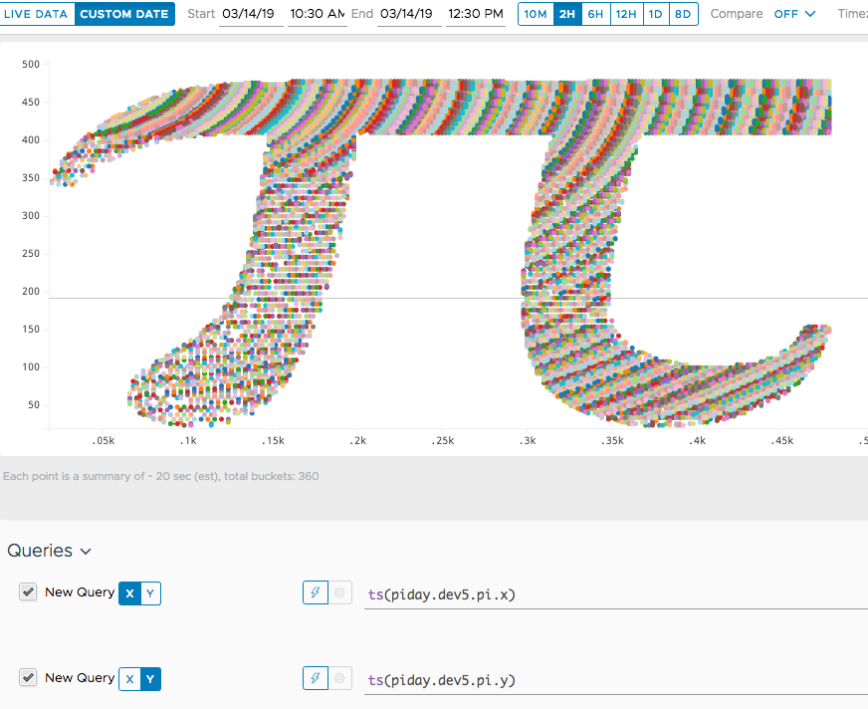 Pi Digits that never go away

Next we need some pi digits. But digits are discrete things that should never be averaged or rolled up. But fret not, Wavefront is unique in that it NEVER rolls up any metrics, so our pi digits will be there for our grandchildren to see. Almost, at least.

The Manchin formula is an astonishingly inefficient way to compute Pi. But it makes for a cool time series graph where we can follow the progression of the series. Lots of bounding around!

So there you have it! My two favorite topics, Wavefront and math, all in one place. Happy Pi day!